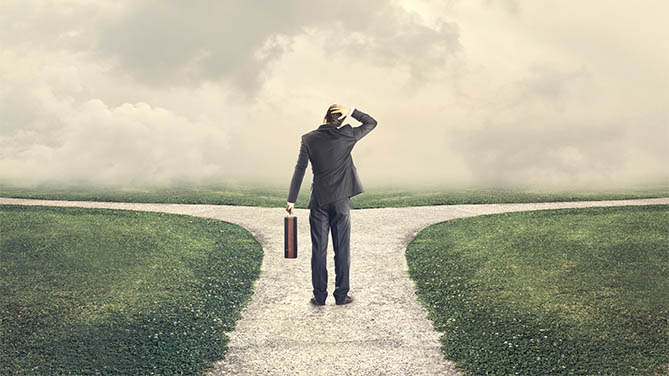 How to choose between Power BI and Tableau

When it comes to business intelligence (BI) analytics software these days, there are two dominant industry leaders — Microsoft’s Power BI and Tableau. According to the 2018 Gartner Magic Quadrant Report for analytics and business platforms, Power BI and Tableau both rise above the competition in “Ability to Execute.”

So, if you’re looking for a service to help transform your company data into insight for your strategy and BI teams, how do you choose between them? The answer, as you might expect, has everything to do with the specific business problems you’re trying to solve. So, let’s take a look at some of the key attributes of each so that you can make the best decision for your team.

Tableau has been around since 2003. Founded by a trio of Stanford business grads, Tableau’s company mission is to “help people see and understand data.” As the mission suggests, Tableau’s legacy is clearly in visualizations.

According to a recent Fortune magazine article, Tableau has succeeded in penetrating data-driven cultures where more than just a handful of data scientists are crunching numbers — instead, these businesses may have hundreds or thousands of professionals relying upon key slices of company data. “Easy-to-understand representation of data has become a more urgent need in the digital era, as the speedy processing of information has become more central to all kinds of professional decision-making.”

Tableau, which became publicly listed on NASDAQ in 2013, reportedly earned $877M in revenue in its most recent fiscal year, and boasts of more than 50,000 companies (and untold users) that are customers.

While Tableau began its path as a startup, Power BI comes from Microsoft. The first commercial release of Power BI came in July 2015 — but Microsoft seeded a large community of Excel users with beta versions of Power BI as early as 2013. It was founded within the SQL Server Reporting Services Team at Microsoft — and is based largely upon advanced Excel features, including Power Query, Power Pivot and Power View.

The application’s growth has been impressive. While Microsoft hasn’t recently released user or customer figures, CIO Magazine reported that less than a year after it was introduced, Power BI had more than 5 million active users.

As you might expect, Microsoft’s interest is in providing a powerful and customizable data tool suite for users of its other business applications, particularly Excel power users.

Visualization of data is crucial for a company’s business intelligence — especially for executives and decision makers that aren’t as versed in data science. Images that tell a story can make it easier to get alignment and make crucial decisions as a team.

“If I had to distill my guidance into one single most important question, it’s this: Do you want a platform that allows you to customize data and modify visualizations?”

Both Tableau and Power BI offer powerful visualizations — but how they go about it is different.

In terms of templates, Power BI offers 29 standard visuals, while Tableau offers 24 in its Show Me feature. But it’s not really a numbers game. Elements of both services’ standard visuals can be combined and modified, leading to thousands of combinations.

Tableau’s visualizations are a little more standardized — meaning, it’s a little easier to plug in a data set that will very quickly result in dashboards. Power BI’s visuals are more customizable — a skilled user can do more to refine both the data and the visualizations to better suit the specific needs of the business.

Both platforms have great drag-and-drop functionality. Most rate Tableau’s standard visualizations slightly higher. Gartner’s Peer Insights community gives Tableau an average rating of 4.6 (out of 5) for Interactive Visual Exploration (vs. 4.4 for Power BI). However, if you are looking for something more customizable, Power BI is a clear winner.

Comparing it to the world of mobile technology, Tableau is a lot like iOS (Apple) and Power BI is more like Android. With iOS, you get a very closed approach because the devices and system controls are all from one company (Apple). Android is much more open — with many more devices and variations of the operating system.

The one area that’s most dramatically different between Power BI and Tableau is how they interface with data. In particular, how much you can shape data from within the application.

Both Power BI and Tableau integrate with most data sources. But Tableau works best when you structure the data outside the application — then use Tableau to visualize it in different ways. By contrast, you can use Power BI’s query editor window to shape your data after it is imported from the data source. The interface is very similar to Excel, with many useful tools built into the ribbon. Power BI also features Power Query M, a formula language that can help model and shape data in instances where the power query editor won’t do the job. Advanced features like that make Power BI more of a favorite with technically savvy users.

Once you get your data inside of Power BI, you never have to worry about bringing it back out again to shape it. Meanwhile, many Tableau experts find themselves going back to Excel to shape data.

Both Tableau and Power BI are considered among the best BI solutions when it comes to user experience. Those just getting started tend to rate Tableau as having a slightly steeper learning curve than Power BI. One reason for this is because most users are familiar with Excel and its functions, which translate very well into Power BI. Also, because it’s all from Microsoft, Excel is incredibly easy to integrate with Power BI.

Power BI is geared for all types of users, from developers doing intense data shaping and custom dashboard building, to common users with some Excel knowledge that want to create simple dashboards. Tableau has a slightly higher barrier to entry, and is geared more towards analysts, though dashboards created by the primary users are often shared to general business users.

It is also worth noting the level of support available for each product. Tableau has an incredibly intuitive support portal where you can find and easily navigate between training materials, user forums and direct support options.

Power BI’s digital forum offers many of those same resources but isn’t quite as intuitive. Microsoft’s main way of accepting customer’s ideas is via a web forum where users can submit feature requests, and community members can can vote on the merits of those ideas. As I researched this post, there was a giant backlog of items in the queue.

How much do Power BI and Tableau cost? As far as licensing goes, Power BI has more affordable options.

Power BI Desktop is free for standard version — which allows common users to create basic dashboards and view data. But to customize and share those custom dashboards, you’ll need a $9.99 per month subscription to the Pro version.

Tableau recently rolled out new pricing options based on different types of users in an organization — ranging from $12 to $70 per month. Each organization needs to have one power user, a “Tableau Creator,” a subscription level that costs $70 a month.

If you’re on the fence, I’d highly recommend signing up for a trial of each service before deciding. Both platforms have free trials — Tableau offers up 14 days free and Power BI Pro is free for two months.

Power BI vs. Tableau: How are you going to use it?

Power BI and Tableau are both great products. As I noted above, choosing between them comes down to your specific business needs.

An important factor to consider is whether your team is already using some of the Microsoft stack of business tools, particularly the Office 365 Suite. As you’d expect, Power BI integrates with Office more gracefully than Tableau. Another consideration is your cloud data source. If you’re using Microsoft’s Azure, Power BI may be a better choice.

If I had to distill my guidance into one single most important question, it’s this:

If yes, then I’d recommend Power BI. If you don’t need much in the way of customization, Tableau and its refined visualization tools may be the right choice for you.

eAlchemy builds custom business intelligence tools for a variety of platforms — including Power BI and Tableau. Email us, tell us about your business, and we’d be happy to offer advice on the tools that’ll best fit your needs.

Mike Gallucci is an information systems analyst at eAlchemy. When he’s not geeking out on data, he is either gaming or at the gym.